As Seoul is the capital city of Korea with a population of more than 10 million, a massive amount of data in various areas are generated every day. In this context, Seoul Metropolitan Government (SMG) was the first to set up its own public data portal in 2012 among all local governments to allow the private sector to access and reuse data, thereby creating new value. Currently, the portal provides 5,260 data sets and about 155.83 million materials per month on average, which is an overwhelming amount compared to other regions. The number of big data projects implemented by SMG and Seoul’s counties since 2013 up to the first quarter of 2018 was 59 in total, making Seoul the most active in pushing for big data projects based on public data.

SMG’s most renowned big data project is the “Owl Bus Route,” implemented in 2013.

Owl Buses are nighttime buses operating between midnight and 5 a.m., when most public transportation is not in operation, to safely carry late-night commuters home from work.

In Seoul, economic activities at night are as vibrant as during the daytime, but the transportation available during afterhours has predominantly been limited to taxis. Citizens’ activities at night were hampered by the high costs and rejections by taxis, as well as safety issues. To resolve such difficulties, SMG acted on developing public nighttime buses.

As those who used the Owl Bus were able to save KRW 7,050 per person, it was welcomed by citizens from the get-go. Since launching the operation of two routes, more routes have been added to help citizens safely return home at night, bringing the number of buses in operation to 78. The introduction of night buses also contributed to an annual KRW 2.4 billion decrease in fuel costs, and to the improvement of air quality, reducing 498 tons of carbon dioxide emissions per year.

The Owl Bus Route was much talked about even before developing the routes, and stimulated local governments to actively initiate big data projects. Also, it has been recognized as the most successful example of big data projects in the public sector. The information which was previously discarded or accumulated for no use became meaningful through big data analysis, improving citizens’ quality of life.

For these reasons, the Owl Bus was awarded the Grand Prize in “The 1st Local Governments Policy Competition” in 2016, and cited as the exemplary case in the “Worldwide Intelligent Transport System Guidebook” published by the World Bank. Also, Ukraine’s Kyiv City is considering the introduction of night buses by benchmarking Seoul’s system.

In 2015, SMG established a platform that analyzes local commercial areas to help small businesses. By analyzing 200 billion pieces of big data encompassing locational, real estate, spending, facility, transportation, and population information related to 1,008 alley commercial areas in Seoul, this system realizes (visualizes) the information of commercial areas on a map. Administrative data on business licenses and permits, foot traffic, and traffic volume have been provided by public organizations, while private data such as sales, spending, and rental fee trends have been provided by Shinhan Card, BC Card, and the Korea Appraisal Board.

Currently, the number of commercial areas for service increased to 1,742. About 10 billion pieces of big data are analyzed every month to provide information on the overcrowding of businesses, risk level in starting a business, estimation of the survival rate, and sales and locational analysis. This project has been useful in helping small businesses respond to the rapidly changing market environment and successfully establishing business, while contributing to the revitalization of the regional economy. Buenos Aires, Argentina has requested for policy consultation to SMG regarding its initiative to establish and operate this service.

The Korean government is planning a big data-based smart city project with an investment of KRW 1.4 trillion by 2022. To this end, 50,000 IoT sensors will be installed throughout Seoul City to collect data on fine dust, noise, foot traffic and traffic flow, all which will be used for the city’s administration.

In the era of the fourth industrial revolution, public data is regarded as pump priming for the big data industry.

The Korean government has disclosed data of central ministries and public organizations every year in accordance with the Act on Public Data promulgated in 2013. As a result, Korea ranked first for two consecutive years (2015, 2017) in OECD’s ranking for open government data.

The Korean government has decided to disclose all public data, except for personal information, national security, and confidential business information, held by 784 central ministries, local governments, and public organizations until 2021 with an aim to foster the big data industry. Thus, new big data-based business opportunities utilizing public data will be produced for local governments and the private sector going forward.

*A data set refers to a collection of related data. Usually, a data set is the unit to be uploaded onto a public open data repository. 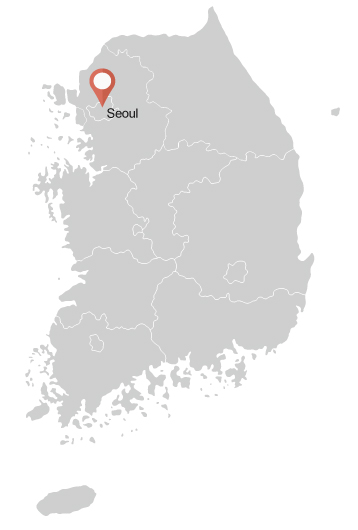