Daejeon: From a City of Science to a City of Industry 4.0 - Regional Exhibit Hall 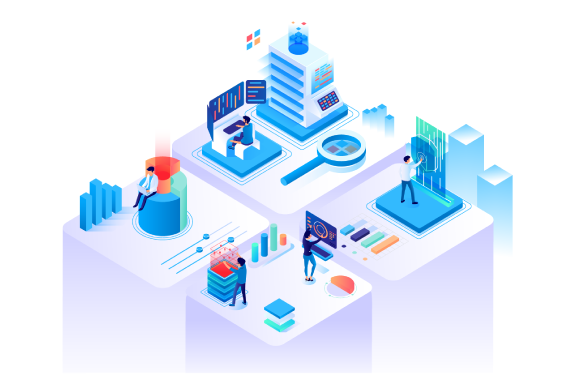 Daejeon Metropolitan City, located at the center of Korea, is known as a city of science. Academic journal “Nature” selected Daejeon as one of the top eight global science cities to keep an eye on. This is mainly attributable to Daedeok Innopolis, playing a vital role in Korea’s scientific prowess. Daedeok Innopolis is Korea’s leading R&D complex, where government-funded research institutes, public research institutes, and company research centers are gathered, including the Korea Institute of Science and Technology (KIST), Electronics and Telecommunications Research Institute (ETRI), Korea Aerospace Research Institute, Korea Research Institute of Chemical Technology, and the Korea Institute of Science and Technology Information (KISTI). It served as a venue for the 1993 Daejeon EXPO, which showcased all areas of science including IT, automobile, and space. It was the birthplace of Korea’s first science technology satellite launch, the world’s first human-like robot HUBO, the world’s first 64-mega DRAM, and the world’s first CDMA technology, which has now become the global standard for mobile phones networks. With 15 percent of Korea’s total research spending, and an 11 percent concentration of doctoral researchers in science, Daedeok Innopolis boasts Korea’s best R&D capabilities.

As research institutes in Daejeon are conducting various projects directly linked with the development of national science accompanied with a correspondingly large volume of research data, high-level security is required. The Science and Technology Security Center (S & T-SEC) of KISTI is protecting research resources, entrusted by the National Cyber Security Center, through cyber security control for government-funded and national research institutes. Since last year, S&T SEC has been developing an AI-based intrusion response system, analyzing signs of large-scale cyber-attacks and abnormal activities. AI-based security technology has been garnering increasing interest from public organizations in Daejeon. The National Information Resources Service (NIRS), the world’s first government data center, manages an enormous quantity of operates about 45,000 information resources of 45 most government agencies (45 agencies), excluding only the specialized agencies exceptions such as the Blue House, National Intelligence Service (NIS), and the Ministry of Defense. NIRS has been establishing the AI-based security system in conjunction with LG Hitachi since 2018. Last year, it developed a learning model capable of automatically identifying attacks on more than 5 percent of total data under management. It plans to increase the coverage to more than 80 percent by 2020.

Daejeon is home to Daejeon Government Complex involving the Ministry of SMEs and Startups, Korea Customs Service, Korea Intellectual Property Office, Statistics Korea, Public Procurement Service, Cultural Heritage Administration, Military Manpower Administration, and National Archives of Korea, as well as the headquarters of many public corporations including the Korea Railroad Corporation, Korea Minting, Security Printing & ID Card Operating Corporation and K-Water. For an administrative city handling important information resources of the nation and the people, it is bound to have high demand and interest for information security. Currently, Daejeon has the largest number of information security companies in the country, following the metropolitan areas of Seoul and Gyeonggi Province. It has made several achievements as well. At the 2018 Security Awards Korea, which assesses physical security and information security, the city won the grand prize in the public sector. In 2019, Daejeon Metropolitan Office of Education, having allocated the second highest amount in budget toward purchasing system security software (SW), was recognized to be the best in information security for five consecutive years. Daejeon Metropolitan Express Transit Corporation was also awarded for excellence in information security for two years in a row.

Currently, Daejeon is preparing to take a leap forward as a “Special Fourth Industrial Revolution City,” leading the phenomenon at the forefront.

SK Telecom, which signed an MOU with Daejeon City in 2017 to foster 5G communications, recently constructed a 5G communications network for the Seoul-Daejeon section, a core part in nationwide data transmission incorporating the best security technology currently available. LG Electronics established a 6G research center inside the Korea Advanced Institute of Science and Technology (KAIST) in January of this year. Last year, Statistics Korea’s big data center was opened. Daejeon was also the first to complete the construction of a 3D database of major facilities in Daejeon. Since August of this year, the city provides public Wi-Fi service free of charge on all buses operating within the city. This May, it was selected in the Smart City Challenge Public Competition run by the Ministry of Land, Infrastructure and Transport, to implement a parking sharing system downtown. The city plans to establish a data hub center, jointly with Korea IBM and Kolon Benit, to realize its vision of a scientific smart city utilizing data. As such, the city is expected to have more and more data on the city and citizens to protection and management purposes. The information security industry is expected to grow in step with the development of Daejeon’s fourth industry.